Their plight has never been so desperate - the African elephant is hurtling towards extinction as a result of mass poaching, according to campaigners.

It is estimated that more than 20,000 were killed on the continent last year for their ivory tusks - which earn a fortune as they are traded illegally in China and south-east Asia.

Their tragic situation has led British wildlife photographer, Paul Goldstein, to make an impassioned plea to the public about elephant conservation - using his majestic photo album, taken over 25 years of watching the animals.

The award-winning photographer, from Wimbledon, south-west London, has also spent 16 years working as a guide for Exodus travels, a company that specialises in adventure holidays.

In the lead up to World Elephant Day on August 12, Mr Goldstein is urging people to spare a thought for the fate of elephants, which some believe could be poached to extinction in little more than a decade.

He has spent 25 years in the African bush capturing the animals on camera while also giving lectures on wildlife, photography and conservation.

The last decade has seen a huge rise in poaching, with organised crime syndicates and rebel militias looking for ways to fund their operations in Africa, becoming increasingly involved.

The demand for ivory, also referred to as white-gold, is at its highest in China, where it is used in decorations and in traditional medicines, fueling a multi-billion-pound illicit trade. 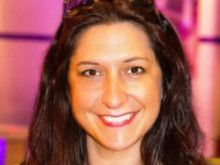 With BAFTA award-winning actor Tom Hardy’s new ITV series ‘Poaching Wars’ causing a stir, leading UK adventure tour operator, Exodus, speaks out about the plight of the rhino and urges travellers to join the fight against poaching through responsible tourism.

Sadly, more than 20,000 African elephants were killed at the hands of ivory poachers last year. Help Exodus spread the word of their plig...